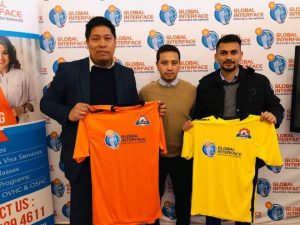 Melbourne / United FC Melbourne is a pioneering, renowned, and established soccer club in Nepalese community in Victoria. The leading soccer club has been performing very remarkably and successfully for the last twelve years.

A tie-up has been arranged between Global Interface Education and Visa Services (GIEVS) and United FC, Melbourne. In the event organised today at GIEVS head office, the announcement of the sponsorship was made. 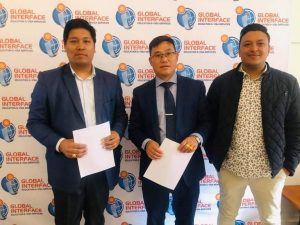 CEO Joshi remarked, “As a part of our CSR (Corporate Social Responsibility), we at Global Interface Education and Visa Services are proud to announce our sponsorship for the Melbourne-based reputed United FC, Melbourne as a CLUB SPONSOR. “
He further said, “We are ecstatic to announce our partnership with United FC Melbourne to promote sports in the community. We take special pride to be a part of the family of the only football club in Melbourne to win 5 GNCV (Gurkhas Nepalese Community Victoria ) league titles and many more trophies both in and out of Melbourne.

United FC Melbourne’s President Mr. Kishore Rai shared, “We are truly appreciative of the significant assistance and support offered by Global Interface Education and Visa Services which has been consistently delivering professional service to the Nepalese international students and contributing to the overall progress of our soccer culture in Australia We are thankful to all who have always given us a helping hand.” 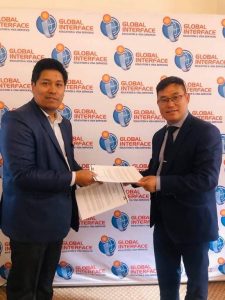 “We are happy to get involved with community clubs. We have been playing our part in promoting community sports. We are proud to be a part of a successful family with such a great history. They are the champions and they have the records to prove it.” Said Mr. Surendra Sedhai. 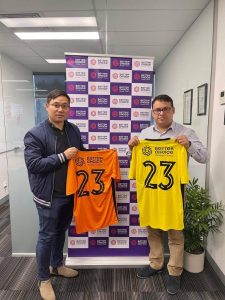