The Overseas Nepalese Unified Society president Ajay Rajbanshi remarked, “It is our great fortune to be a part of the country which was established by the vision of Shree 5 Prithvi Narayan Shah. The visiting guardians from Nepal felt Nepaliness and the small kids understood the value of being connected to Nepalese heritage. Observing this proud occasion helps to unite all Nepalese living in Australia in a healthy social harmony.”

The senior advisor of the organisation Dr. Ram Krishna Niraula set the tone of the program attended by the significant numbers of the community members who garlanded the photo of Prithvi Narayan Shah. A group of senior citizens enthusiastically participated in the program singing the patriotic songs that reflected the value of national unity and sovereignty in Nepalese community in Australia too. The kids of second generation too appreciated the event. They were busy taking the photos of the well-organised event.

NRNA, Australia Vice President and NSW Coordinator Dev Gurung, Dila Kharel, outgoing spokesperson and renowned youth campaigner and Dinesh Joshi, a leading community leader shared their views regarding the significance of the day. They appealed all to follow the principle of the builder of Nepal which is still relevant. 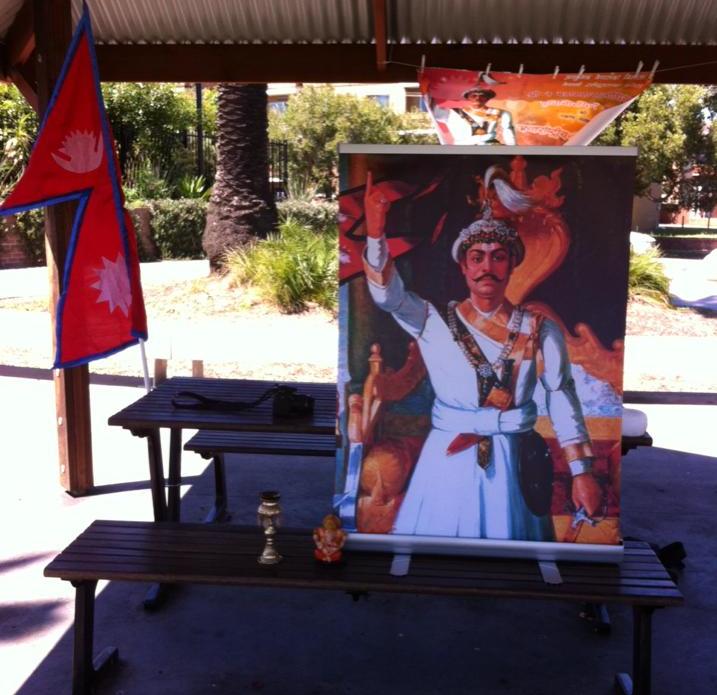 Earlier in the day, in the same park, the renowned community campaigners Dila Kharel, Dipak Paudel and Madanmani Adhikari organised the event to observe 299th Prithvi Jayanti. It was celebrated passionately garlanding the photo of Prithvi Narayan Shah accompanied by the Nepalese anthem. The NRNA, Australia outgoing spokesperson Dila Kharel remarked, “We have been observing this day as the International Nepalese Day. We started the tradition of honouring the national hero even in the Nepalese diaspora in Australia.”

The veteran journalist Dilli Dhakal too expressed his view on the proud contributions of Prithvi Narayan Shah and observed why we need to applaud and practice his golden views.

President Bibhusan Joshi on behalf of the executive committee extended the hearty thanks to the guests, journalists and the participants who spared their time to attend and assist to succeed perhaps the program first of its kind in Victoria.