Fascinating Journey of a Keen and Passionate Photographer-Arun Chaudhary

It is said that the greatest sin is not acting according to your talent. A key to success is to take the right step in the right direction. If you want to add meaning to life, do justice to your potential and merit. Arun Aaryan Chaudhary the Sydney-based well-known Nepalese photographer started the worthwhile journey which is destined for a splendid destination. Arun, who started his formal education in Saptari Madhyamik Bidhyalaya in Saptari, went to Pokhara for his further education and started his professional journey as a civil engineer after completing study in Kantipur Engineering College. Arun, who spent his childhood in Dang, has been working as an engineer in Australia. He has established himself as the leading photographer in the Nepalese diaspora in Australia and made positive contribution to the overall progress and goodwill of Nepalese art and culture.

People replete with positive energy channelize their extra time and resources along the creative lines. Making the best use of our free time, we can involve in such activities which enhance the dignity of our community and good will of our culture. Though by profession Aaryan is an engineer, the passion coupled with a purpose drove him to capture the aesthetic scenes with his camera. He started the journey of photography in 2012. He had accomplished the first phase of his journey by capturing the landscapes despite not having any formal training. 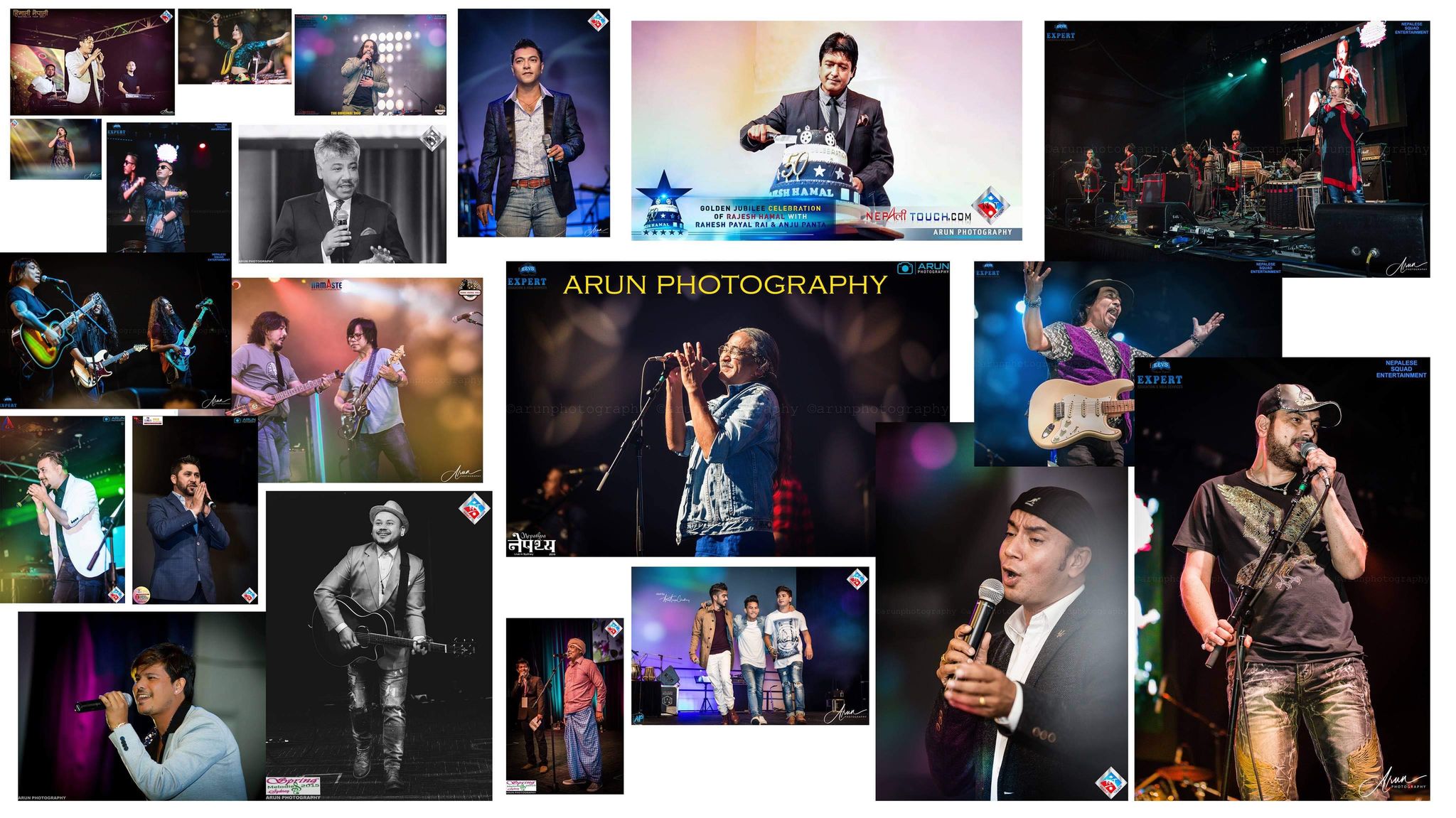 The amateur photographer with a natural interest in fashion and glamour found the pathway to professional photography. He presented himself as an official photographer in Sydney in one event which was graced by the superstar of the Nepali film industry Mahanayak Rajesh Hamal as a guest. It was organized by the Sydney-based iconic event management organization Nepali Touch. He works as an official photographer for it. His debut participation as the photographer was followed by a series of opportunities for capturing the photos of the reputed Nepalese art and music celebrities. He has over the years served as the commercial photographer in the dozens of events held in Australia that included the renowned Nepalese bands including Nepathya, 1974 AD, Kutumba, The X Band, Nepal Idol, Mantra Band, Mukti and Revival, etc., media personalities Bhusan Dahal, Ravi Lamichhane, Sushil Nepal, singers Rajesh Payal Rai, Karna Das, Sugam Pokharel, Anju Pant, Raj K Goswami, Nabin K Bhattarai, PreetiAale, rapper lahure Kamal Khatri, Samir Aacharya etc., and the artist Sandeep Chhetry.

Achieving Celebrity Status Taking the photos of the Celebrities

The one top name in fashion photography in the Nepalese diaspora in Australia, the free-lance photographer has earned the name for himself as the celebrity photographer by taking photographs of more than two dozen of celebrities. Being one of the pioneering photographers of distinction, he has been ideal for the upcoming photographers who want to take up photography as their profession. He has been proudly acknowledged for his successful achievements, inspiring journey of photography, significant contributions to the community and marvelous coordination among his family life in overseas, study, and social responsibility. It is widely considered that he has been consistently giving immaculate performance with far-reaching value. He intends to take our culture of photography to next level incorporating in it the modern technological inputs and innovative approaches.

He has been making concerted efforts to balance his work commitments and family life and squeezes out the time for his passion which is devoted to community service too. The gifted and committed photographer has considerable influence on the career-oriented photographers and the new photographers who are hoping for a career in photography as photographers.
He has been setting the inspiring tone for photography or promoting to practice photography professionally. He has proved that busy people have the most amount of time and he has amazingly maintained the work-life balance supplemented by the community service as well. He lives in Sydney with his wife and a son. He also undertakes a responsibility of the Public Relation Officer in Tharu Society, Sydney, Australia. As he has been fully cooperated and supported by his family, he has been involving in the community works and family events too even at the weekend. He has a great future ahead of his and the community looks forward to his prouder performance, contributions and accomplishments.

Paradoxes of the NRNA Movement in Australia and Beyond