Nepalese Student Involved in the Ground-breaking Research into “Sleep Health” 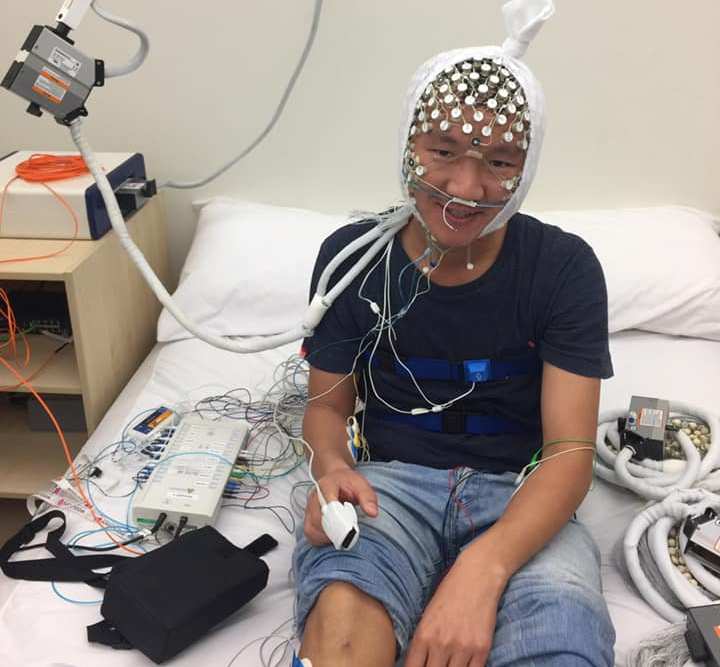 Sydney,  If you are running into bad trouble of insomnia or inability to sleep or worrying as to how to get rid of the side effects caused by consuming medicine, now your desperation seems to have come to an end.

Are we acquainted with the Nepali involved in the ground-breaking research on ‘sleep health’?

Som Pun the Nepali researcher was born in Lespar, Parbat, to the family recruiting the foreign army. He completed his secondary education from the local Shree Shalija secondary school. He came to Australia in 2009 for his further studies. He earned his post-graduate in nursing from Sydney University. At present, Pun is doing his PhD research on sleep related subject and working as a coordinator regarding the clinical test at Bulk Medical Research Institute.

He shared with www.nepaleseaustralia.com.au, “The subject which is not the first choice for many Nepalese students have interested me. We, having the background of underdeveloped countries rather than trying to follow the footprints of the predecessors and the latest, should undertake the studies and researches on innovative or novel subjects.

Bulk Medical Research where the PhD scholar Pun is working as a research resource person is a centre of excellence. Here more than two hundred researchers are involved in the study of respiratory as well as sleep health through clinical care. In the institute, the experts from different nationalities such as Australian, Spanish, British, American, Chinese, Russian, and Canadian including Nepalese SomPun.  It goes without saying that once the research sees its success, many people will be able to induce or maintain sleep without sleep medicine.

How the Research is Being Carried Out?

Pun researching on sleep health put, “At present many people lacking sleep are consuming sleeping pills. What we should not ignore is that the medicines are inviting unwanted side effects.” He further remarked, “We have been conducting research to solve the problems of the patients having difficulty in sleep health by applying light therapy on them instead of making them use the sleeping pills.”The expert team of the researchers including Pun will carry out the research on the health of eighty people.

In the aftermath of Covid 19 global pandemic many people across world have given way to the sleep health related problem, but the researchers have held that exact data is not available. Surveys have shown that in Australia too there has been increase in the degree of sleep health related problem. Studies have revealed that the 50 percentage of people over at least 65 have the problems of sleep health. Moreover, the people’s habit of sleeping has changed. So, the researchers have also done research on the state of health sleep in the people during the Covid 19 outbreak.

The researcher Som Pun views, “We would include the people having the problem of sleep health and without in our home-based research. We would counsel them and encourage them to write their daily diary. We also provide them an actigraphy watch which will keep the record of their pattern of sleeping. The watch records how much light is there in the place they live and the light pin keeps record of the colours of the light.”  The researchers claim that during the noon, the light of bright colour keeps men alert and at night the light of red colour helps them sleep on time. According to Pun the home-based research is done on the people and only after the factual report is studied, the men who have actually suffered from the problem related to sleep health will be researched for three days and nights in the lab. Sleep problem can increase the risk of heart disease, diabetes, respiratory disease, psychiatric disorders, and dementia. People aged 65 or above suffer from long term or chronic sleep problem.

The people who have problem related to sleep health will be taken to clinical lab for the test. They are kept in the lab for three nights and days in the lab with the allowances. They are given light therapy being closely attended by the light therapy researchers. Pun, one of the researchers, holds that the final research will be conducted on them through the highdensity EEG. That machine puts on record the electric activity of human brain. This kind of researchdraws the findings about the men’s sleeping habit and how those who have suffered from the sleep health related problem can sleep without taking sleeping pills.