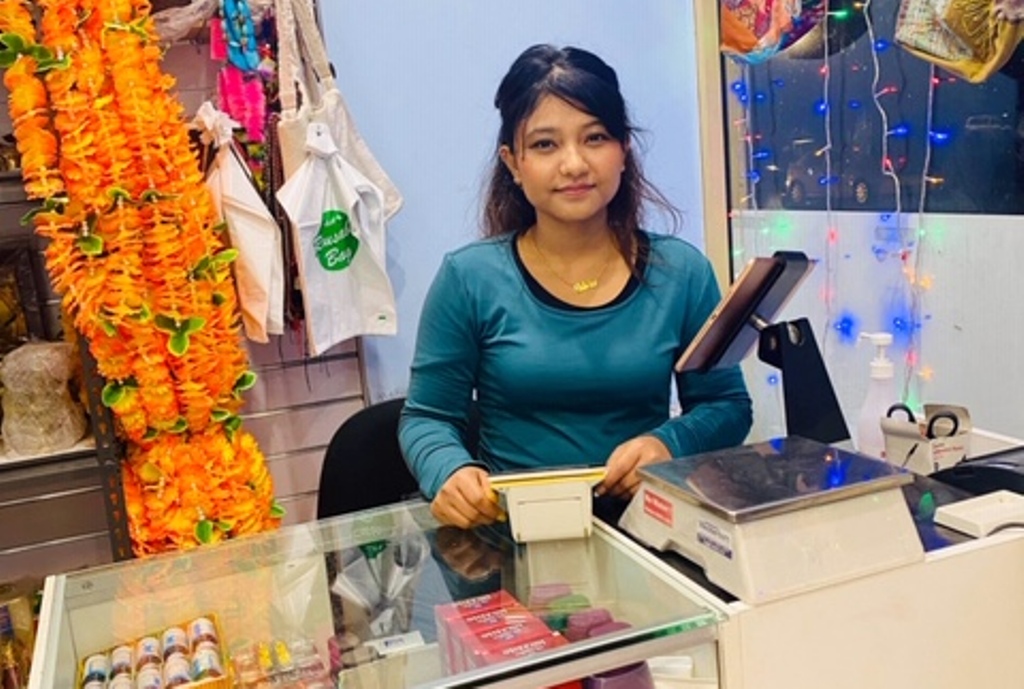 Auburn, Sydney – The uncommon courage of the 23-year-old Nepalese girl, Pabitra Karki foiled the robbery attempt. With a knife, she singlehandedly chased the offender out of the supermarket owned by herself.

The security mechanism of Australia has always been of good standard. However, time and again, the small business owners have been the target of the criminals. The latest example is the robbery attempt at Nepalese owned Supermarket based in Auburn, Sydney.

The supermarket has been under the threat of the robbers two times in the last two and half years. Last year too, during the festive occasion, the robbers looted some goods and cash approaching the counter of the supermarket. The second time a similar crime took place on 28 June Sunday evening.

Pabitra related the incident, “It was 9 past 7 in the evening. I was working alone in the store. The customers had left the store after their purchases. Ten minutes after that one unknown man wearing hooded jacket with the covered face entered the store and headed towards the counter instead of going to the goods section. I thought that he was a regular customer visiting to buy soft drinks. He told me, “Give me money.” I was amazed as the customers would ask for goods, but the man was asking for money.

I further reasoned that he should have gone to the goods sections but unnaturally coming directly to me. My flash conclusion was that the man was a robber. When I tried to resist, I was dragged to a kind of scuffle with the man who had the intention of robbery. He seemed to have been hell-bent on trying to grab hold on money from the counter.

When he tried to pull the drawer, I had a physical struggle with him. I was not to be frightened and looked around to find out any stuff to offend the man. When I grabbed a knife and raised it to threaten him, he just stopped my hand. I felt that the man feared my potential attack on him, and this raised my confidence level that even if I did not strike him, at least I could chase him out of my store. I chased him aiming the knife at him and he left the shop in horror.”

Her proud father the retired Nepalese army, Ganesh Karki shared with Nepalese Australian, “Pabitra is not only the matter of glory for my daughter but for all courageous and self-respecting daughters of Nepal. Since her early childhood, the enthusiastic girl has been very courageous and fearless to speak against injustice. Being myself in the Nepal army, I imparted my children the value of discipline and the significance of standing boldly against injustice, ill-practices, etc.”

Where to find help:

Don’t go it alone. Please reach out for help by contacting Lifeline on 13 11 14

Men who have anger, relationship or parenting issues, should contact the Men’s Referral Service on 1300 766 491