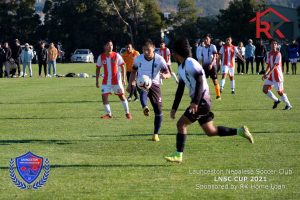 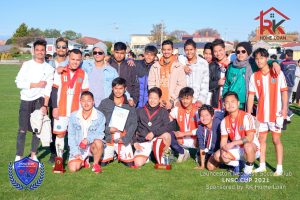 The event coordinator Gyanendra Gautam shared with Nepalese Australian, “The first ever soccer tournament organised by the Nepalese Community in Tasmania was participated by 8 teams Marpha FC, NFCT, BCAST, 2 teams from ABSNT and Khukuri FC including the home team LNSC. It had RK Home Loans as the event sponsor.
The winning team ABSNT A was awarded with the winner’s trophy, medals, certificates and prize money $750 and the runner’s team BCAST was awarded with medals, certificates and prize money $250.
In the quarter final matches, Khukuri FC beat LNSC on penalty after 1-1 draw
And BCAST beat NFCT 2-1 and ABSNT A Beat ABSNT B 5-2. In the Semi Final matches, BCAST outscored Khukuri FC 7-2 and ABSNT won over Marpha fc 5-2. In the title match  ABSNT A defeated  BCAST 3-2 in the extra time after 2-2 draw after the match was drawn 2-2 in the regular time. 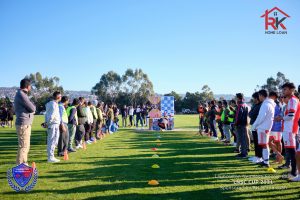 A group of friends started kicking the ball in Tail Race Park around in 2017 where it all began. LNSC has come so far since. The club now has around 150 players registered in the club and more than 500 non-playing members. The club was officially registered as non for profit organisation in July 2020. It played Hobart Friendship Cup and several friendly matches around Launceston and Hobart. 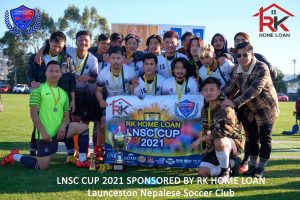 Nav Raj Giri is the head coach of the team and it is managed by Santosh Acharya and captained by Mitra Gurung with the vice-captain Rakesh Thapa.

It has Mahendra Kumar Khadka as the club president:

Launceston Nepalese Soccer Club organized many community events in the past –

The club president shared with NepaleseAustralian,”

The club is thankful to all valued stakeholders and community members for their remarkable and inspiring support and cooperation to make the event a resounding success and it is committed to delivering consistent services in collaboration with other community organizations.”