Nepalese Diaspora in Australia Lament the Demise of Dr. Kush 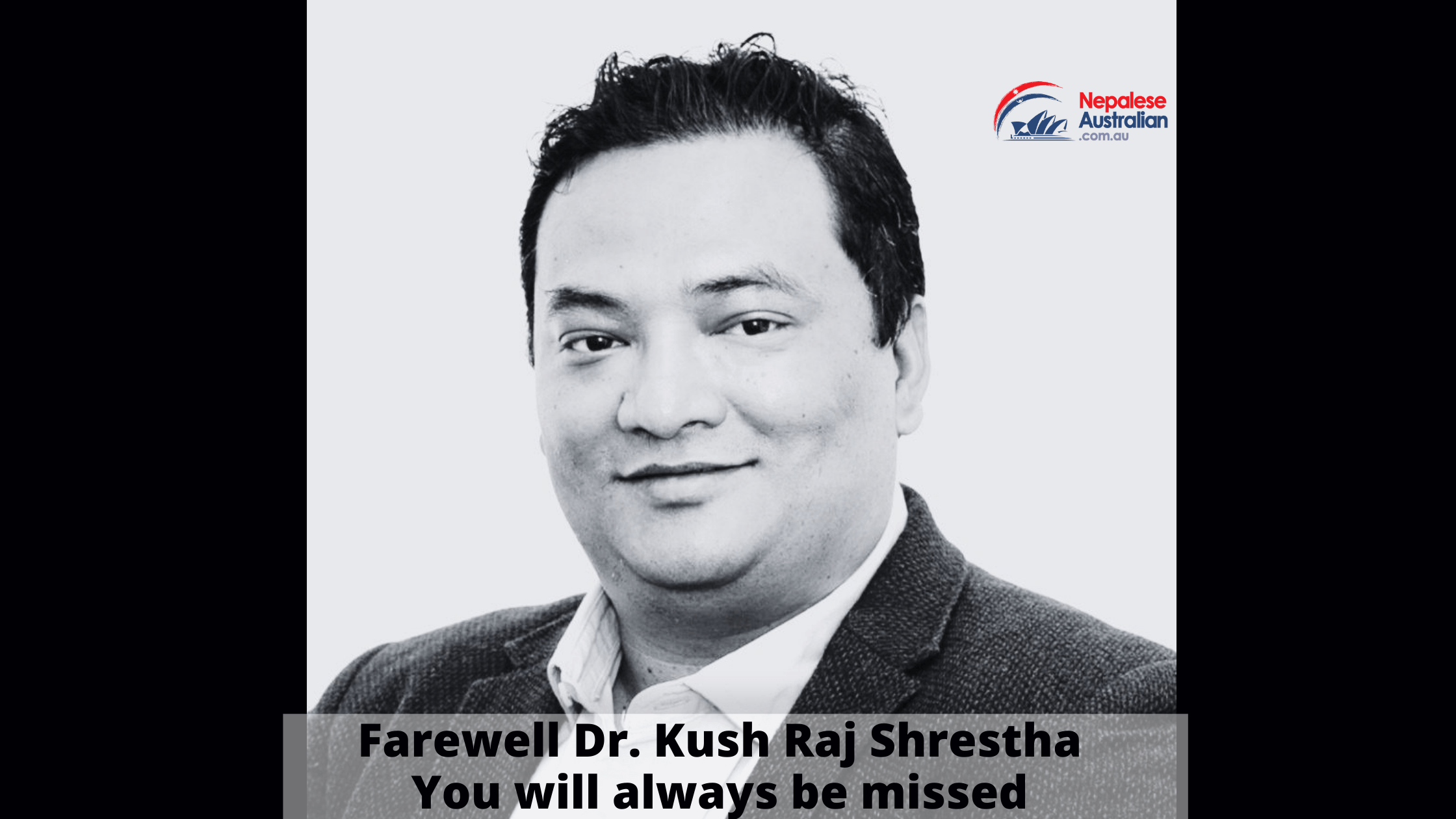 The reputed orthopaedic surgeon Dr. Kush Raj Shrestha passed away on Saturday evening on the 11th of September in Adelaide. The General Secretary of Australian Nepalese Medical and Dental Association (ANMDA) and Founding Chairman of AussieMed Foundation was diagnosed with lungs cancer in early 2019. He fought long battle against the illness and died battling it on.

The passionate community volunteer Dr. Kush continued his social services even during the COVID 19 despite his fragile health condition.

He added, “Dr. Kush completed his study of medicine in 1999 in the same university. He served his medical internship in the United Kingdom and returned to Adelaide to work and study. He also went to the university of Ontario, Canada for two years and received the training of surgical operation in Australia in 2013. Under his leadership in collaboration with Nepal government a training opportunity for orthopaedics was offered to a Nepalese doctor working in Teaching Hospital in Nepal.” 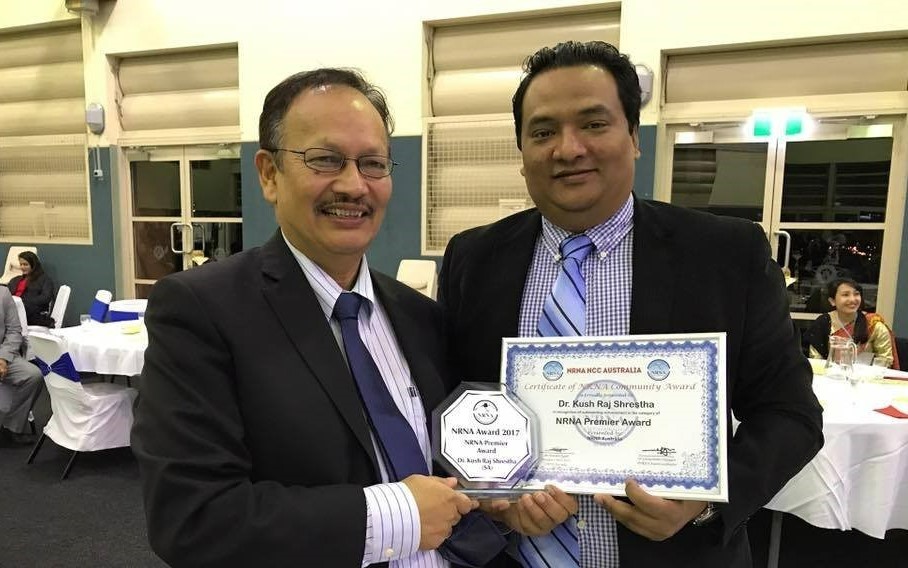 He further discussed about Dr. Kush’s remarkable contributions, “In 2015, Dr. Kush and NRNA Australia took initiative to send the Australian made orthopaedic implants to Nepal during the devastating earthquake too. In 1917, we (ANMDA/AUSSIEMED in conjunction with Orthopaedic Association of Nepal, Kathmandu University organized an International Congress (apparently international Congress first of its kind) in Kathmandu University, Dhulikhel, Kathmandu. In 2019, again, we collaborated with Chitwan Medical Centre and Bir Hospital. He had been contributing to the hospital and health sectors of Australia, Canada and Nepal through the class working papers sharing his expertise with the concerned professionals. He had a distinguished career in the noble profession and recently published his book ‘Matter Technique in Hip’ which has become popular in the field of orthopaedics across the world.”

Mr. Deepak Bista said, “AussieMed Foundation/ANMDA had planned to have a Fundraising for the Mission Karnali in Adelaide Convention Centre on the 23rd of October 2021 before Kush passed away. He was very passionate about this Mission Karnali. We are going ahead with this Fundraising as a true tribute to Kush and keep up with his legacy. We will be considering a lot of community discussions to keep alive Dr Shrestha’s legacy.”

Renowned senior campaigner of Nepalese Australian community Padam Shakya who was also born in Ombahal, Kathmandu, where Dr. Kush was born expressed, “Nepalese diaspora in Australia felt a terrible sense of loss. His passing away last year was a tragedy. It will be much difficult to get over the loss of the acclaimed medical doctor and truly committed community worker. He will continue to live on in his exceptional contributions to the homeland and the Nepalese diaspora in Australia. He will be sadly missed. He will forever be in our hearts and thoughts. Apparently, nothing can compensate for the loss of a loved one. If we follow his ever-inspiring thoughts and practices, it will be genuine tribute to him.”

The passionate community volunteer Dr. Kush continued his social services even during the COVID 19 despite his fragile health condition. It was his second term as the General Secretary in ANMDA and he was said to be planning to announce his candidacy for the president in the upcoming election of ANMDA.

On 20th September 2021 as per the wish of Dr. Kush Raj Shrestha and family members according to the Vedic rituals were performed by Nepalese Priest (Pundit). On Sunday 26th September, ANMDA organised a memorial service in Dr. Kush’s home city in memory of the beautiful soul who had enjoyed warm family and community life. The service was opened by Ms. Punam Panta and Dr. Chandra D Pokharel conducted the event of acknowledgement and Minute of Silence. Tribute messages were led by Mr. Deepak Bista. The heart-broken and bereaved community paid their last tribute to late Dr. Kush Shrestha (1972-2021) and acknowledged his lifetime achievements and death. The bereaved family, friends, colleagues, and community members observed the ceremonial mourning for the departed soul, paid compliment on his inspiring virtues, and expressed consolation for the loss.

Dr. Kush, who had been living in Adelaide, was survived by wife Sophia and three sons. 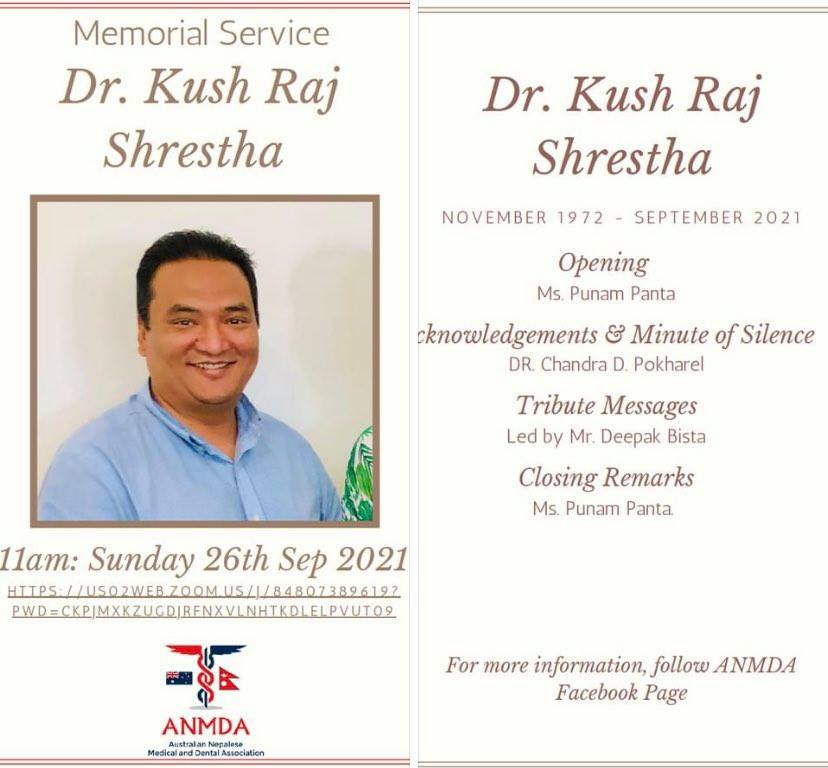