Rental Accommodation as a Challenge in Devonport 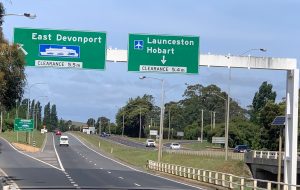 Tasmania, many international students have continued moving towards the countryside as the federal government has tightened the restriction on granting permanent residency (PR).

Though the government has been working on a strategy to increase the skilled manpower in the remote areas and advance the economy of those regions, due to lack of sufficient infrastructure, the migrants have run into various accommodation related problems.

In the recent past, considering that in Tasmania ‘PR Pathway’ is increasingly easy, many Nepalese students have started crowding into Hobart, Tasmania. Those who have moved into Hobart view, “We are having a hard time finding a job.” Those who have arrived in Launceston, Bruny island, and Devonport share, “We are much anxious about the lack of apartment rental.”

Some months ago, a couple arrived in Devonportfrom Sydney. They believed that they would easily find the unit in a week like in Sydney. It shocks one to discover that one must wait for months here to secure a rented unit. As a result, they stayed at BNB paying 1,800$ for a month. After hard efforts of pursuing the real estate for a month, they managed to occupy two-bedroom unit at 280$ per week.

Similarly, after experiencing the hardship of getting a job in Hobart, a family consisting of four members arrived in Devonport. They also shared their bitter experience of failing to secure a rental flat. They said, “The residents of Devonport have no interest in living in a shared flat. We made efforts to live in the shared flat. But when left with no choice, we came to Devonport to stay in the hotel. As all the rooms were booked in the hotel, we feared that we would have to spend the night in the vehicle. Following the information that there was one room left unoccupied in a hotel, we went there but ended up paying 100$ per head for one night. As we did not get any flat, we stayed in that hotel for a week.

Even today, they apply to the real estate agencies here for the apartments and sometimes go for the house inspection for the rooms. When they see the huge crowd of the house hunters, they are forced to live in one room of the village house for the temporary residence. There is a long list of the ones who are struggling to secure tenancy.

There is a long list of the people who have not got the tenancy. One month ago, there arrived in Devonport a couple with a child from Sydney. From Sydney, they had corresponded with the local Nepalese residents for the arrangement of the room to be rented. The family that came down there neither got a room nor a unit. Now that family has been living in a temporary shed paying 285$ weekly.

Reason for the Shortage of House Rental

Devonport, located in northern region of Tasmania, is mainly populated by the Australians. It had a population of 30,297 at the 2016 Australian census. Big apartments cannot be seen here. There are similar kinds of residential houses. The local people offertheir house for renting to the workers who come here to pick up the seasonal fruits. As it is more profitable to give their houses for daily renting than weekly renting, it is too difficult to rent the house for a long period.

The Nepali Society of Northern Tasmania President NawarajMudwari remarks, “It has not been long that the migrants have started coming to Devonport. Only in the past two years, migrants have started flowing into this area. In recent past, the outsiders have started pouring into Devonport and the neighbouring regions. Population is increasing but the absence of new infrastructure development for the residence, migrants and students are facing a problem. If the concerned departments do not concern timely over the hardships of the migrants, the new entrants here will be overwhelmed by depression.”

The suggestions of the Volunteer Subash Devonport based

Subash Mishra who moved to Devonportfrom Sydney four years ago, has been assisting Nepalese to solve their casual problems. He viewed, “Many of them who come here under the impression that after arriving here they will easily rent a house or a unit, they will suffer more hardship. As the early settling Nepalese have chosen not to share their house or unit, the newcomers have taken long time to secure a house or a unit.”

He continued, “One can get a job here, but it is not easy to rent a house here. In this regard, it is advisable that one must gather required information of this region and arrange reliable fund. This does not mean that there are no rooms to be rented. There are houses and units placed by the real estate agents in the market for renting. One should apply in as many places as they see them online. Do not spare any opportunity to seek the accommodation rentals.”

Mishra further said, “If you have a job and but no rented room, you still have an option to live here. You can stay temporarily at BNB paying one to two hundred dollars. It offers you all required facilities. Moreover, you can stay in a caravan for some time. The only problem is that it may be slightly more expensive. If you keep on visiting from flat to flat, there too you can come across some rooms for renting. Majority of those who have come here from Sydney and Melbourne, live in Latrobe, Ulverstone, Spreyton and Devonport. Roughly more than one hundred have lived in this area.”