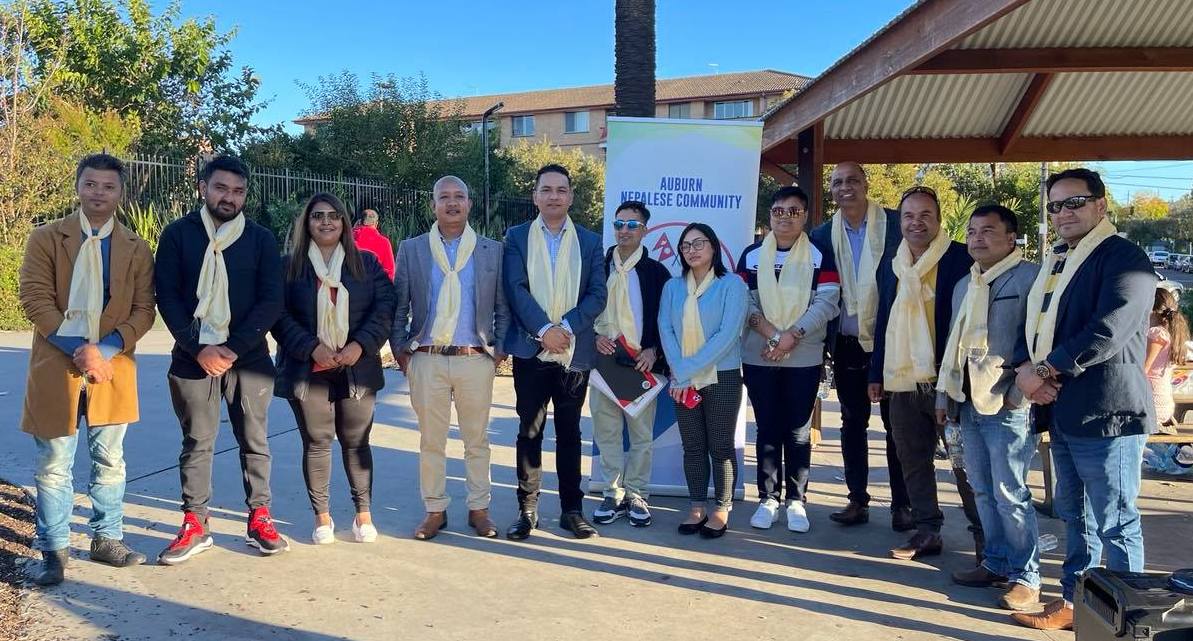 The well-known young entrepreneur in the education industry, Mr Sharma, was elected unanimously as the president in the recently held AGM of ANC in Auburn NSW. The new president, who landed in Australia nearly a decade ago, has made a commitment that he would work in the best service of the Nepalese community with his adequate level of knowledge and experience in the field. He has been serving as a Justice of the Peace since 2013 and was also elected as a state council member of Non-Resident Nepalese (NRNA), Australia in the same year. Mr. Sharma has also received numerous awards and certificates of appreciation from different community organisations over the years.

The outgoing Event Coordinator of ANC shared with Nepalese Australians, “I appreciate that the community chose me as the president after evaluating my performance, effectiveness and diligence in my previous position or role. I have been serving the community as the Director of Baba Education Consultancy/ RKS Australia Pty Ltd. I humbly believe that the appointment was in acknowledgment of the service I have consistently delivered to the Nepalese international students with large numbers residing in Auburn and the surrounding areas.”

The former president at Nepali Kala SanskritiTatha Sahitya Pratisthan, Australia and the winner of NRNA Business Entrepreneur of the year 2013 further said, “Our team has a plan to collaborate with the council, library, police and health offices, etc. to increase the access of Nepalese community to the mainstream physical facilities and government services. Though I am the president in a technical sense, I would like to work hard as a team member and utilise the resources and knowledge passed on to my team by the outgoing president Ashok Uprety and his remarkable team. I and my team are committed to working for the overall welfare and rights of the Nepalese community in coordination with other communities, and stakeholders. We’re here to unite the community members and make positive contributions in all the aspects.”

The AGM also appointed Jitendra Shrestha and Sabin Dangi as the Vice President Jitendra Shrestha and Sabin Dangi, Santosh Acharya as the General Secretary, Rajesh Tandan as secretary, Tamanna Sharma as the treasurer, Sabala Basnet as the Woman Coordinator, YuddhikaKunwar as the Youth Coordinator and BhupendraKandel, ManojAdhikari, DipendraGhimire, NishanKarki, AayushAdhikari and Dhiren Bahadur Thapa as the members.

The newly appointed General Secretary, the noted youth campaigner and media personality Santosh Acharya set the tone of the program. He shared with Nepalese Australian, “Auburn Nepalese Community (ANC), situated in Auburn, the sub with a dense population of Nepalese, we have more responsibility to deliver our services to them by maximizing efficiency and achieving organizational goals.

We are committed to executing our plans living up to the community’s expectations.  Our team knows how to get the result.”

He further said, “As the General Secretary, I would do my best to assist the team with the completion of the projects and tasks. We work as a team to maximize our efforts working towards achieving our common aim. We aim to bring programs to help mainly the international students to get access to community businesses and organisations for their support, growth and future. We will also continue to work more collaboratively with the local government to preserve and promote our art and culture. Our committee will move forward in collaboration with all in the best interest of the Sydney-based Nepali community. We will soon launch a campaign to support the Kovid 19 epidemic in Nepal. Like other charities, we are also coordinating our efforts to help the COVID victims in our homeland.”

The senior journalist and the advisor Manarishi Dhital announced the new executive committee and he and other leading community leaders, the representatives of the community organisations and the NRNA campaigners and community leaders too extended their best wishes to the newly elected committee for every success during the tenure.

The renowned community leader and advisor to the committee Dinesh Pokharel shared, “I wish best wishes to the new team for continuing the legacy of the past committee and add prouder milestones. We are truly appreciative of the successes and goodwill achieved under the admirable team led by the outgoing President Ashok Uprety. There are good reasons to believe that the baton of leadership has been passed to a capable and safe hand and the community can see the consistently impressive contributions in the best interest of all concerned.”

The well-organised event largely attended by the local Nepalese was held in the popular park in Auburn. There was a bbq for the participants.