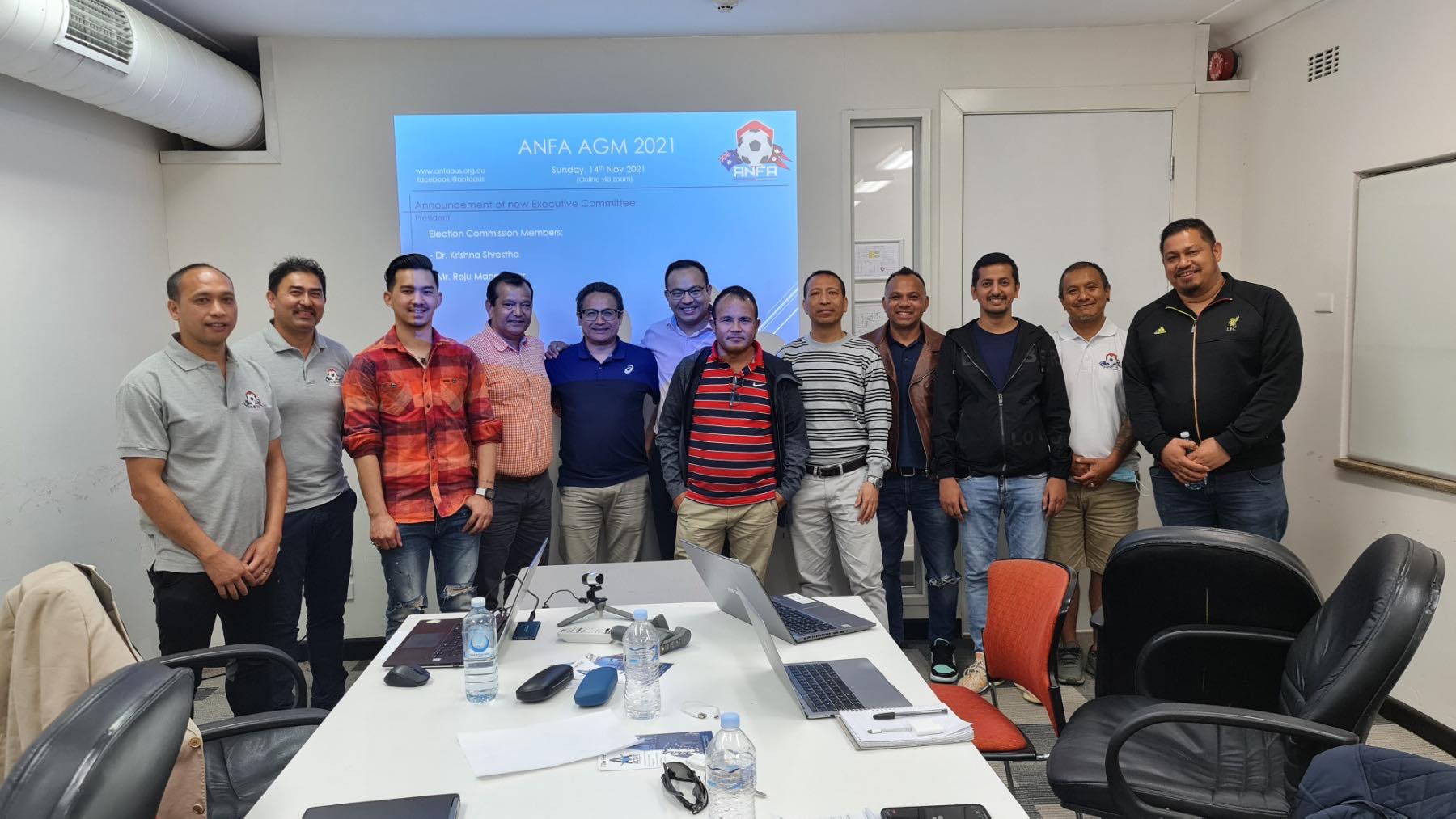 Sydney, November 14, Australian Nepalese Football Association (ANFA) held an AGM at 2-4 Marmaduke Street Burwood, NSW and formed the new committee after the ending of their term on the committee (2018-2021).

Before the formation of the new committee, the motions were held to approve the President’s annual report and the treasurer’s financial statement which were seconded by the members present in the meeting.

ANFA members have elected the new committee unanimously. Bijen Batajoo was reelected unopposed as the ANFA president for the second successive term. It has Labin Gurung as Vice-President, and Bijay Raut as the General Secretary. Kalyan Khadka, Rajiv Pradhan, Iraj Thapa, Bikash Gauchan, Ujjwal Pandey, Anil Thapa Magar, Razman Thakali are elected as the executive members. The other office bearers and executive members will be appointed in the upcoming meetings.

The reelected Vice-President Labin Gurung, the Ex President of Sagarmatha Football Club, one pioneering club in Nepalese community, has been working as the Tournament Director in reputed football tournaments held annually in Sydney. He represents NSW and there would be other VPs from different states and territories. The well-known footballer and high performing ANFA secretary Bijay Raut has been elected as the General Secretary.

Earlier the ANFA Election Commission had circulated notice to the ANFA members to submit their Expression of Interest (EOIs) to fill in the available vacant posts. The nominations for the Executive members and Office bearers had been asked to make and submit to replace the outgoing committee.

The reelected public officer Bishnu Hamal, the distinguished sport campaigner of Nepalese diaspora in Australia offered the vote of thanks to all present in the AGM and all who have been contributing to the overall progress and goodwill of our proud football culture.

On behalf of ANFA he acknowledged the extraordinary contributions made by Ershad Ahmed, the outgoing NRNA, Australia youth coordinator and the renowned community leader who was the in charge of fund raising campaign to extend help to team Nepal that came to Australia to play the World Cup 2022 qualifying match against Australian men’s national soccer team in October, 2019. He also expressed the thanks to the Election Commission, the outgoing team ANFA for successfully completing its tenure and all stakeholders including media, football clubs and players for their respective contributions.

NRNA President Nanda Gurung as the ANFA advisor congratulated the newly elected committee and told that NRNA, Australia will work with ANFA and other sport related organizations for the overall progress of our sports scene.