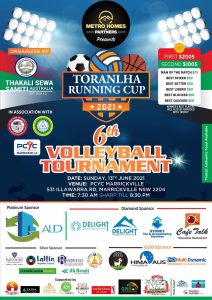 On the eve of the much-awaited tournaments, a press meet cum team draw was held at Rockdale Park, Sydney by the admired pioneering social organisation. In the event hosted by the vice-president Om Gauchan, the chief guest, the Samiti president Durga Gauchan remarked, “I personally and on behalf of the team, would like to welcome and thank all representatives of the participating teams, media, sponsors, our supporters and valued community members for your kind presence. We thankfully recognize all stakeholders who have supported us since 2003, the inaugural event of this proud tradition and hope that you would continue to cooperate us to make these editions’ tournaments a remarkable success.”

The club secretary Basant Gauchan shared with NepaleseAustralian, “We are really thankful to the participating teams and the media fraternity who have assisted us very reassuringly for the last round preparation to make the running cups successful like in its previous events and join us actively further this glorious sporting tradition.”

The ThaSeSa, Australia volleyball coach Puran Thakali and basketball coach Shakti Gauchan made a comprehensive briefing on the rules and regulations of the contests. The host volleyball team to be captained by Dipendra Gauchan has Buddha Bhattachan as the manager and the basketball team to be captained by Bibek Bhattachan hasJarus Pun as the manager. They extended best wishes to all the participating teams and shared with all that they were looking forward to the healthy sporting competition marked by sportsmanship and social harmony.

The team draw was conducted being attended by the representatives of the participating teams. Many enthusiastic audiences and community members are expected to turn up to watch the would-be sure-shot spellbinding volleyball and basketball matches. 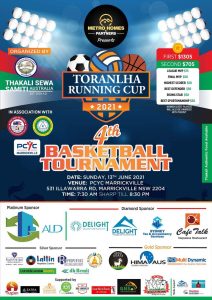 When will the Australian Border Open for International Students?

Making a Right Choice: Sydney Met – A New College with an Edge