In the eve of the pioneering and prestigious soccer tournament, the leading community-based team TRCC held a press meet at the headquarter of the title sponsor Expert Education and Visa Services (EEVS) in Sydney. Following it, the team draw of the annual event held every January was conducted.

From the chair, the TRCC PresidentAnil Tamang viewed, “The club would remain thankful to all the valued stakeholders including the title sponsor EEVS, supporters, all the participating teams and the media fraternity who have cooperated very reassuringly for the last round preparation to make the tournament successful like in the previous events.”

The chief guest of the event, the EEVS General Manager Manjeet Ghimire said, “ Our team is proud to continue to support this popular one-day football-fiesta as the title sponsor and would like to join in the first major sporting event of the year and celebrate with the sport-loving community. TRCC has consistently performed improving the reliability and there are good reasons to believe that it would emulate the standard of the first six editions.”

The Tournament Director and club Manager Gyanak Waiba shared with the NepaleseAustralia, “The club will follow the rules and regulations set by NSW Health and adopt all possible safety measures. One of the best known and oldest football tournaments of this format will consist of 19 Sydney-based competent teams which will be chasing for the covetous championship. The teams are divided into four groups.

There are 5 teams in group A, C and D and Group B has 4 teams. The winner and the runner-up of each group in the league stage will proceed to the quarter-finals leading to the last four and two. The winner will bag $1500, cash, running shield, trophy, and medals. Likewise, the runner-up will be awarded with $800, trophy and medals. The Best player of tournament, the Highest goal scorer and the Best goalkeeper will each bag $100 dollars in addition to an individual trophy.

Also present on the occasion was the TRCC Vice-President Lalit Tamang. 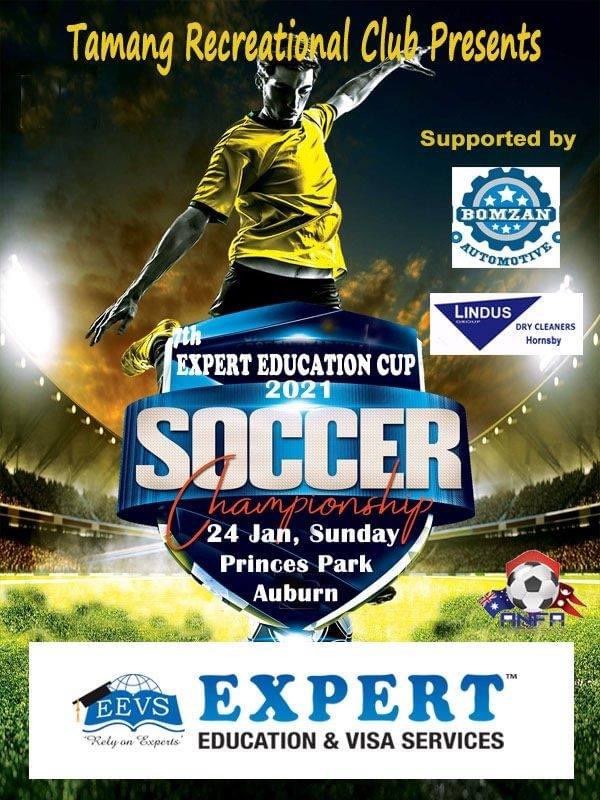