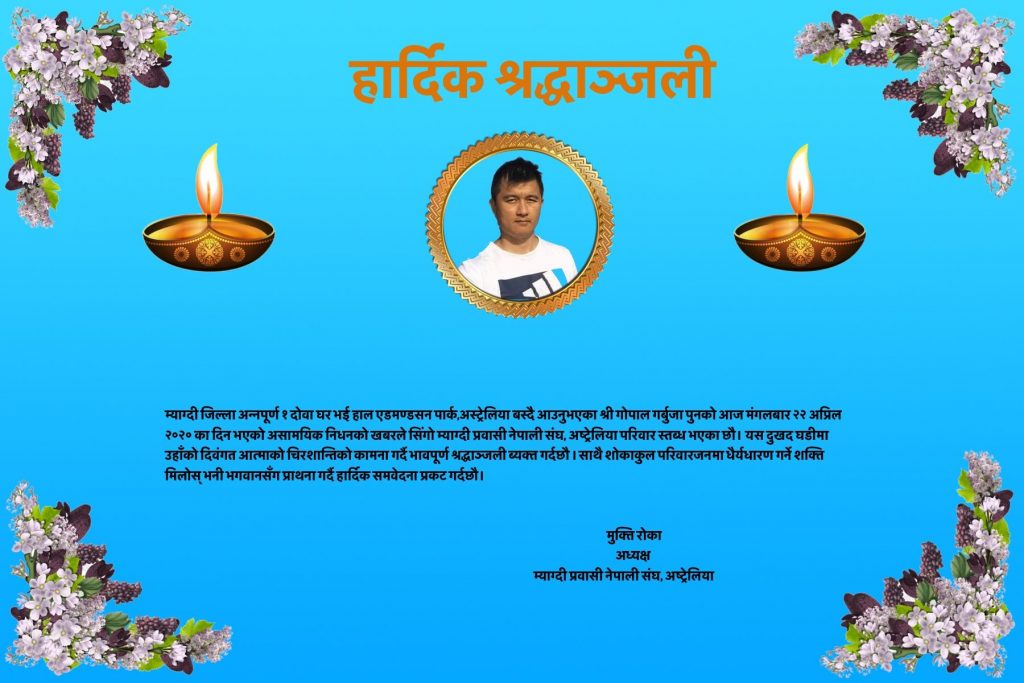 A Nepalese man, residing in Sydney, Australia, passed away in a car accident on Wednesday.

The deceased has been identified as Gopal Pun Magar, originally from Annapurna- 1 of Myagdi, Nepal. He was living in Edmondson Park of Sydney, an area that has a significant population of Nepali nationals.

According to police report, Magar was hit by a car at Croatia Avenue while he was on a morning walk. He had died on the spot after being hit by the car.