Adelaide, Millions of Australians celebrated Australia Day yesterday – the day was marked with parades, functions, and official events. The day was also celebrated by several Diaspora communities – who, over time have started calling Australia their home.

Celebrating the day, thousands of residents who have migrated to Australia took part in the annual day parade adorning their national attire and showcasing their cultural elements – all the while reflecting a multicultural Australia where different communities live in harmony. 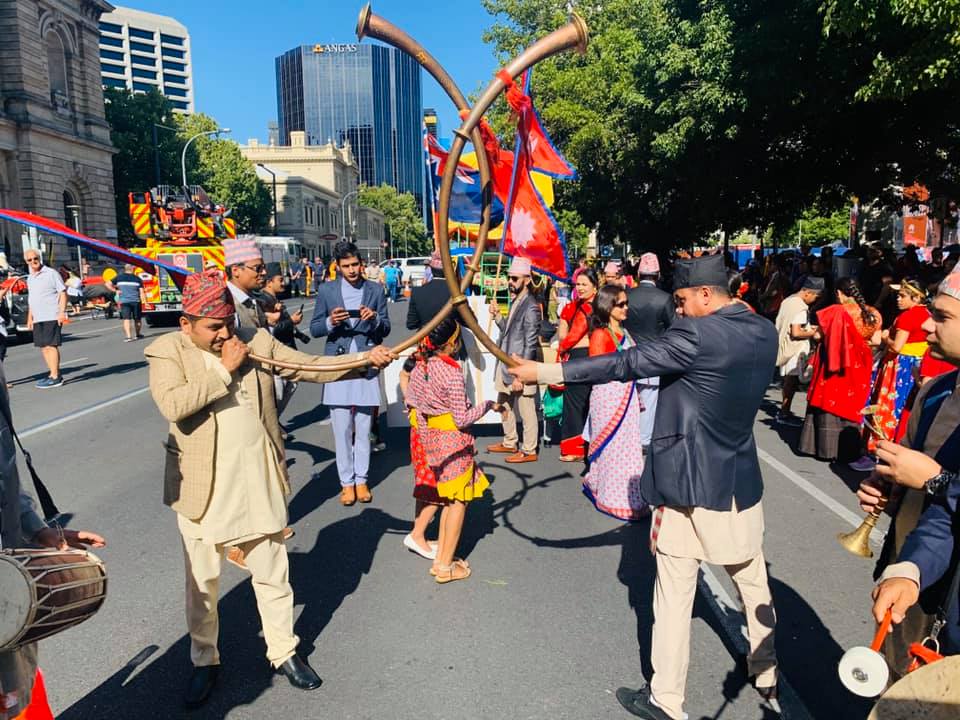 Similarly, in Adelaide, Nepalis donned their traditional clothes and carrying different cultural elements reflecting Nepal took part in the annual parade – with a banner of Visit Nepal 2020 in the front.

The parade begun began from Victoria Square and concluded at Elder Park. Surendra Regmi, President of Adelaide Nepali Samaj (Adelaide Nepali Society) Australia thanked the participants for their enthusiastic approach. “The Nepali community in Adelaide is growing, and we are happy to be a part of the Australia Day celebration”, he said. 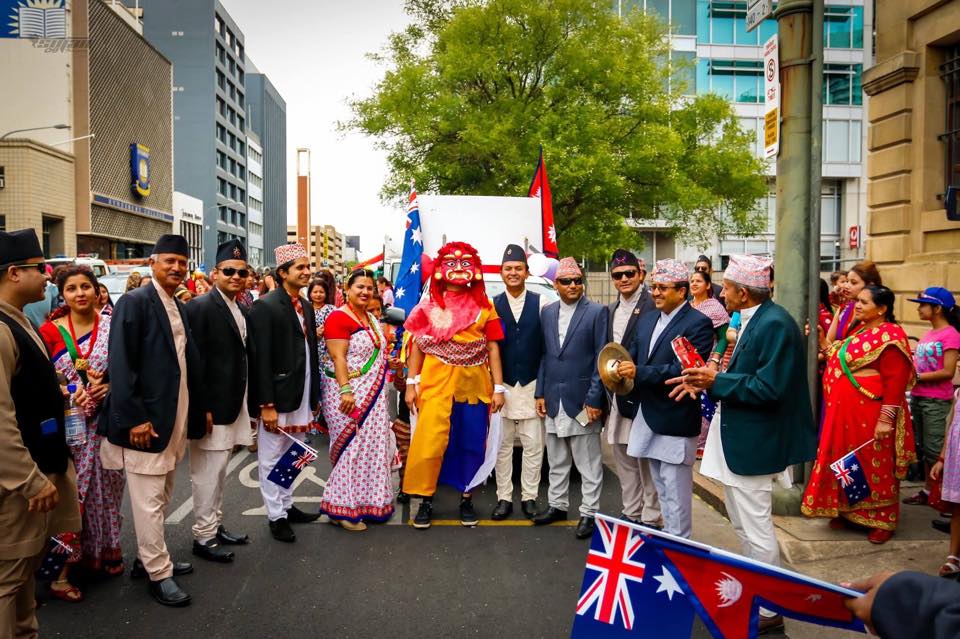 The parade was marked with traditional dance, members played their Panchhe Baja, a set of five traditional Nepali musical instruments, usually played during holy ceremonies, and an intrinsic part of Nepali culture. The panche baja includes the jhyali (cymbals), tyamko (small kettledrum) or dholak (drums), damaha(large kettledrum), narsiha (a long, S-shaped trumpet), shehnai (a folk oboe),[2] and a karnal (a wide-mouthed, straight trumpet with a bell that resembles the datura flower).

According to NRN ICC Member Ashok KC, Nepalis in Adelaide have been participating in the Australian Day celebrations since 2010.

Carrying a Nepali flag and an Australian flag, with a Visit Nepal 2020 banner, the community invited all to visit Nepal in 2020.