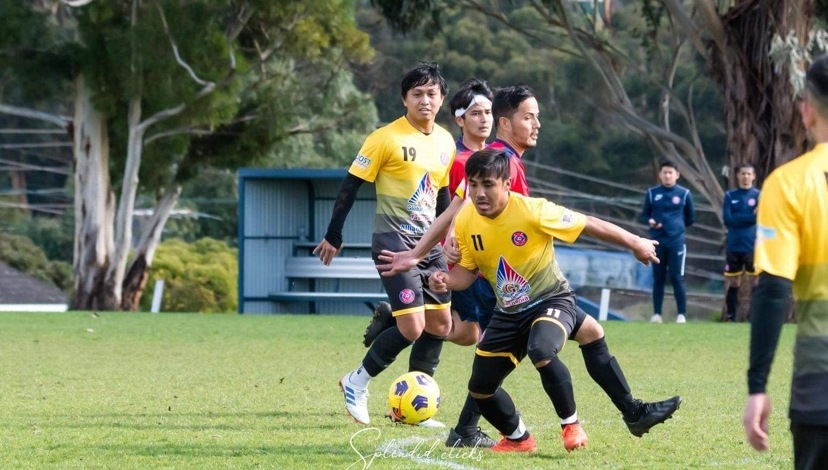 In the decider, NFCT beat Marpha FC, Hobart by 5-0 to claim the first edition of the championship. NFCT forward Sabin KC, one most impactful fire brand striker and prolific scorer of our community gave 1-0 lead to his team by scoring inside 2 minutes of the first half through a fine header. This early lead helped the team to propel to the commanding position. It was followed by one each by Sabin himself and Peter Udas and put the team 3-0 up. In the second half, Sabin scored another goal and a penalty kick taken by Norshang Syangden added one goal to the scoresheet for NFCT. Sabin scored a hat trick. His 1st goal came through the cross delivered by Prabesh Ale through the corner kick and the 2 others were assisted by Roshan Subedi. 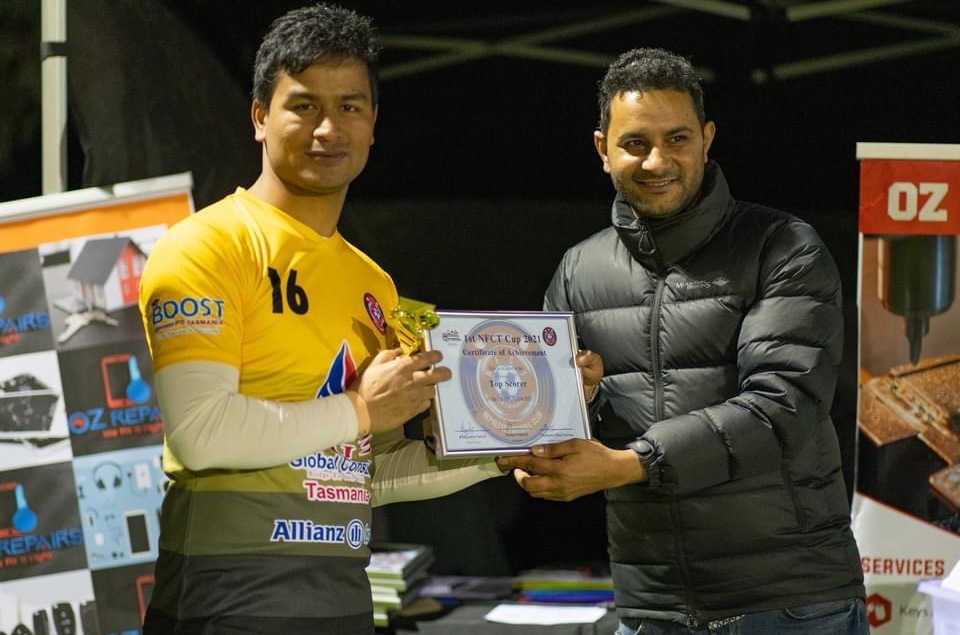 The winning team NFCT yellow was awarded with the winner’s trophy, medals, certificates and prize money $1000, and the runner-up team was awarded with medals, certificates and prize money $500. Sabin KC won the highest scorer award, and the best player award was bagged by Roshan Subedi (NFCT). Likewise, Vimal Adhikari also from NFCT was honoured with the best goalkeeper award. Fair Team Award was won by Bhutanese Community Association of Southern Tasmania (BCAST). The trophies and individual awards were given away by Khagendra Satyal, the President of Nepalese Society of Tasmania (NEST), proprietor Bijay Tamang, the title sponsor OZ Repairs. 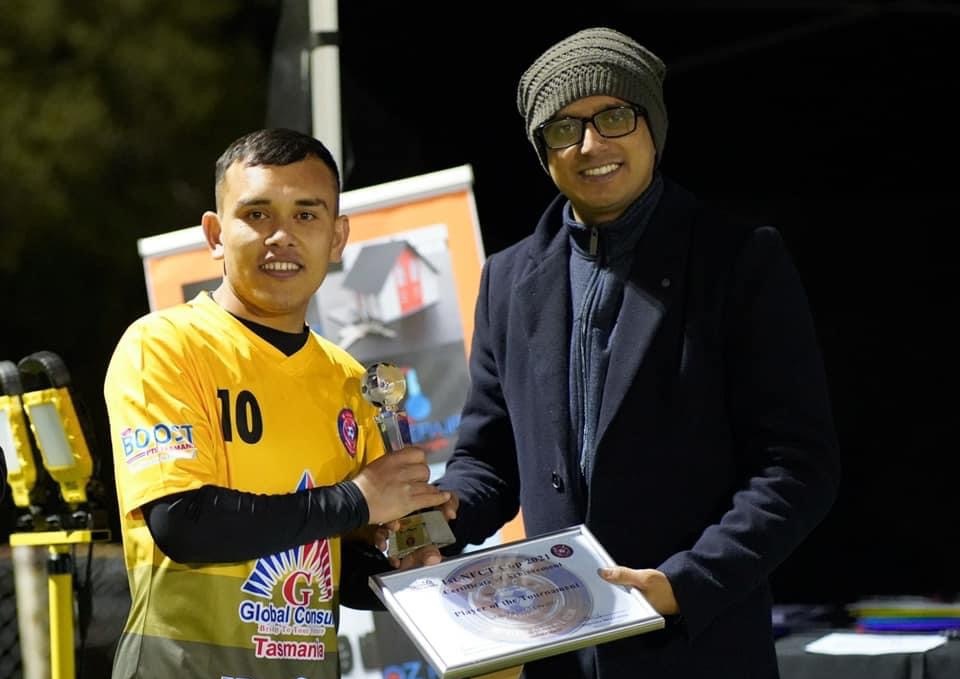 View of the Recipient of the Individual Award

Sabin KC, who won the highest scorer award with 7 goals, shared with Nepalese Australian, “We are very honoured to play for the home team NFCT. The organiseris thankful to all valued stakeholders and community members for their remarkable and inspiring support and cooperation to make the event a resounding success and it is committed to delivering consistent services in collaboration with other community organisations and for the continuity of this glorious journey. Although we organised the tournament for the first time as the organiser, we were able to make it a huge success in Tasmania. Our management team has made amazing efforts to make it remarkably presentable though we had to organise within a short time. Overall, it is a very encouraging and proud experience to have soccer tournament in Hobart despite few football teams in operation. I personally and would like to extend our gratitude to NFCT management, the volunteers and particularly our Chelieswho helped us to run canteen on that day to serve the favourite dishes to the participating teams and audiences.”