“This life changing book is useful for all and its contents and essence will linger in the readers’ memory forever.”

A book launch was thrown amid a lively and encouraging fanfare to release a book ‘Swornim Rahasya’ penned by the renowned social campaigner Khem Sharma. The event was organised as the fundraising campaign to aid the corona affected journalists of Nepal. It was supported by Australian Nepalese Journalists Association (ANJA). The proceeds from the event is already underway to aid the COVID-19 affected journalists of Nepal.

The well-known journalist ANJA advisor Manrishi Dahal set the tone of the event. He kicked off the event by acknowledging the Traditional Custodians of the land and paying respects to their Elders past and present and extending respect to Aboriginal and Torres Strait Islanders. It was followed by Nepalese and Australian national anthems. After that a minute’s silence was observed as a tribute to those people who lost their lives due to the global pandemic. The event was attended by the local influencers dedicated to the volunteering campaign and noble causes.

The ambassador of Nepal to Australia His Excellency Mahesh Kumar Dahal as the chief guest and other 250 guests jointly unveiled the book. In the event held to introduce a book to the world and media coverage for the author and the book, 1,000 pieces of the book were sold which was a kind of record in Nepalese diaspora. The book, which saw the sales of 20K Aus. dollars on the release date, has confirmed that Nepalese have deep interest and admiration for the Nepalese books. The book containing 160 pages is priced at 20 Aus. dollars.

Khem Sharma, who established himself as a cleaning campaigner par excellence, is in the process of being recognized as the writer
The ambassador of Nepal to Australia His Excellency Mahesh Kumar Dahal remarked, “It was absolute honour to express some words on the book review. The book has put forward the simple formulas to build and enhance the orderly lifestyle. This life changing book is useful for all and its contents and essence will linger in the readers’ memory forever.” He bought two dozen copies of the book of exceptional importance to gift them to his colleagues before he returned to Nepal.

The Consulate General of Nepal to NSW, Hon’ble Deepak Khadka shared, “Though I have yet to read the much-awaited and talked about book ‘Swornim Rahasya’, I have comprehensively read the remarkable campaigns he has launched. I earnestly believe that this endeavour too will be crowned with resounding success.”

The readers have considered that the Nepalese book written about the building of the organized lifestyle can be proudly gifted to their well-wishers. People belonging to different professions and businesses have bought a dozen of books to gift the Nepalese speaking clients and staffs.
Among the professionals and entrepreneurs, the Director of MG Associates Mr. Mahendra Ghimire shared, “When my Nepalese speaking clients related to accounting and educational consultancy were presented the book motivating to adopt the organized lifestyle amidst the busy situation in Sydney, they were very excited and delighted.”

Among the one who placed the advanced order to gift the clients and staff was the renowned entrepreneur in education, Subansh Shah. He said, “I have bought two dozen of books to gift the Nepalese speaking students studying in my college and staff, and to promote Nepalese books. We should honour the writer writing in Nepalese in overseas and to motivate the readers of Nepalese to read the useful book.”
The pioneering community campaigner Dr. Narayan Pradhan said, “It was spectacular and well-thought-out book launch first of its kind. The Golden Secrets, as per its name, provides us the golden secrets to a healthy and long life. It aims to teach us practically how to realize genuine happiness and help raise moral consciousness.”

“The proceeds from the event is already underway to aid the COVID-19 affected journalists of Nepal.”

Another pioneering community leader Indra Ban said, “It’s heartening to learn that the lovely and elegant event has been put on to unveil the meaningful and inspiring fundraising to heart-warming fanfare. The book highlights remarkably the benefits of a healthy lifestyle.”
The renowned lawyer Dr.Shamsher Singh Thapa said, “The book based on the personal experience rather than the university degree will have more often than not greater value and authority.”

NRNA Oceania Regional Coordinator Hom Pandey said, “I would like to congratulate the admired community campaigner on embarking on the inspiring venture. What he has deservedly achieved so far can be regarded as a feather in his cap.”
The former ICC Spokesperson reputed NRNA campaigner Ranju Thapa said, “I was inspired by even the first chapter followed by the smooth flowing chapters leading to enlightening ending.”

The NRNA, Australia, Vice President and NSW Coordinator Dev Gurung put, “When the enthusiastic and visionary youths like Khem Sharma come forward with a mission, it will heighten the reputation and goodwill of the NRNA campaign on the whole.”
He bought nearly 40 pieces of the book in the evening to distribute them as the gifts in his family circle.

Federal Liberal candidate for Bartan (2019) and the renowned Nepalese youth campaigner Pjay Shrestha said, ‘It feels great to participate in the inspiring event and show solidarity with the proud community. I would like to cooperate with the well-known youth campaigner Khem Sharma and the writer of significant book for the accomplishment of the mission.”

Reviews of the Book

The reviews of book have beenhighly complimentary.
The Sydney-based senior Nepalese litterateur Kedar Pokharel shared while fulfilling the assigned task of reviewing the book, “I feel honoured to review the book which has shining potentials to be a classic of Nepalese literature. Every chapter of the enlightening book is replete with refreshing knowledge and ideas to transform life and improve the quality and usefulness of life. Understandably, the definitive book will be of reliable benefit to the people leading a busy and fast life in the big cities like Sydney and to all concerned. The inspiring and appealing book has all the elements of a good literary work.”

The President of the Australian Nepalese Journalists Association and acclaimed community leader Rishi Acharya held an interview session on the stage with Khem Sharma to solicit the reviews of the book. In the review session, one much compelling component of the event, he discussed about his book’s journey, the efforts he put into writing the book and the publishing until it saw the physical shape. He also shared the unusual stress and challenges he underwent while organising and pulling off the book unveiling ceremony and he would be thankful to all who have helped him in the preparation of the book in one way or another to realise his dream.”

He hinted that he has uncommon inclination towards spiritualism.  He added, “I was inspired to write this book in the welfare of the society rather than I myself felt that I should write it for any other individual purposes.”

The renowned Yog guru Rajan Sharma said, “When a book is unveiled the ownership of the book is shifted from the writer to the public.”

The pioneering organisation in Nepalese diaspora in Australia Nepalese Australian Association (NAA) Dr. Madhu Pudasaini said,’ It’s heartening to learn that a very significant and remarkable books are written and published in diaspora.”

The ANJA patron Hemant Kafle viewed, “The writer has presented the important materials aiming to teach to teach and maintain the disciplined lifestyle including personal experience.”

NRNA, Australia General Secretary Dr. Gyanendra Regmi said, “There is dire need of launching the campaign of cleanliness within NRNA following the vision and mission of the noted youth campaigner of cleanliness.”

The leading Korean businessman, J.S. Foods Private Ltd. Australia Manager Lewis said, “Nepalese staff are doing very good work for our business and to encourage them to read the books in their proud native language, I bought 125 books. We are committed to cooperating with the writer and his team, if this book is translated and written in Korean language.”

Creativity and Uniqueness added to the Event

On each table there was an envelope containing a book with a photo of each guest on it. In the book there was a note of the writer addressing every participant. The book was unveiled jointly by all the guests. In the envelope there is a sheet for the guests to write note of greetings and a form to fill to place the order to buy the books. This event was facilitated by team ANJA.

The host of the event Khem Sharma said, “I would like to thank all the guests and attendees for their gracious presence, kind company, enthusiastic participation all in the book unveiling ceremony of my first artistic work ‘Swornim Rahasya’ (The Golden Secrets). I also would like to acknowledge my debts to those who could not make and sent best wishes. Hats off to all who have helped me in one way or another to make this event grand, successful and complete. I and my better half Preeti Dahal and family feel so blessed that all joined us putting in their valuable time to make this day an occasion that we will always proudly remember. Special thanks are due to the ambassador of Nepal to Australia His Excellency Mahesh Kumar Dahal as the chief guest for gracing the event as the chief guest.”

Proceeds of the First Phase of Fundraising

As the Nepal Tourism Year 2000 was postponed due to the global pandemic, the amount was provided to the front-line journalists for their professional development.

Proceeds of the Second Phase of Fundraising

An interaction was held between the writer and the other 70 leading community campaigners who could not make in the book launch ceremony. They bought the books as show of a solidarity. The renowned NRNA campaigner and former ICC member Keshav Prasad Sapkota has been much impressed by the concept and objectives of the campaign. He said, “I am more than proud to be a part of this wonderful project. Literature brings positivity, guides people to good direction, and intends to remove the demerits of our community. As the community is growing bigger, the social evils are also on the rise. Good books persuade us to cleanse negativity that takes place in daily life. The contents, writing style, presentation, and messages are of high quality.”

He further said, “The large amount of the proceeds from the book will go to aid the poor students living in the remote parts of Nepal. This project is concerned with the multiple socio-economic dimensions. The readers will earn good knowledge, the society on the whole will be enriched with the vital ideas, the students will be provided with the good and much needed notebooks and the stationery entrepreneurs can promote their notebooks. I bought a nearly two dozen of books to help the noble cause. When we buy books from overseason their behalf as the charity contribution, we will send notebooks of good quality containing 100 pages each of the students in Nepal.”

‘Robin and the New Revolution’ Live in Concert to Rock Hobart 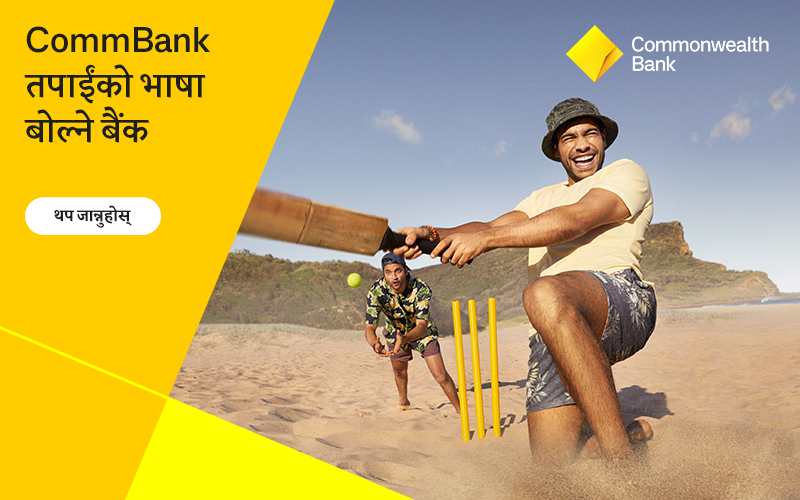