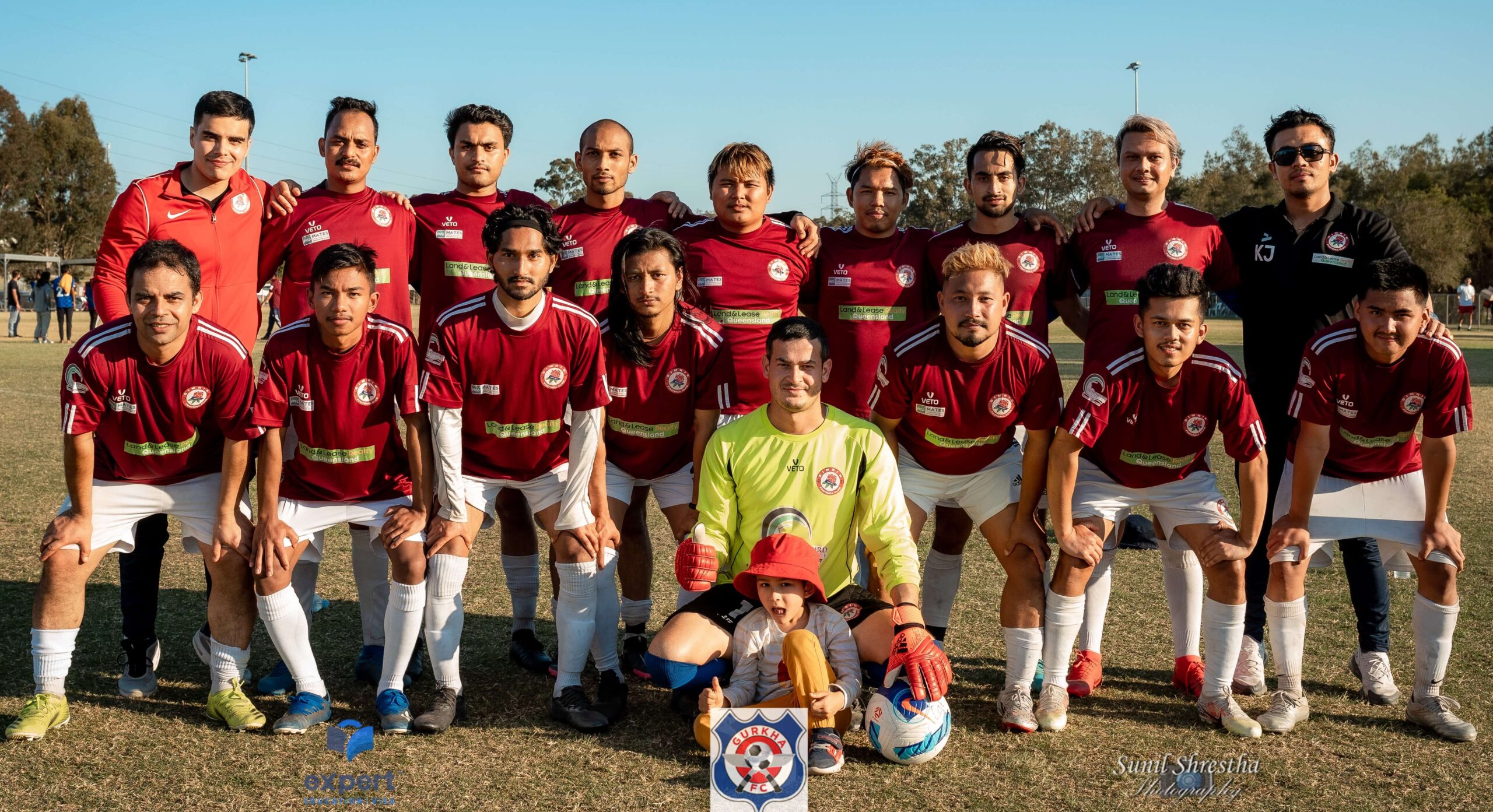 Brisbane, Simrik Football Club won the reputed and prestigious football tournament ‘EXPERT GFC CUP 2021’, organised by Brisbane based Gurkha Football Club by surpassing eleven other equally competent teams. In the one-day 9-A Side football tournament held in September at Eagles Sports Complex, Mansfield, Brisbane, Simrik FC won the title by defeating one hot favourite team Forever Young Football Club (FYFC) in the decider. En route to the final, all the way from the league stage to the title match, it didn’t lose a match.

The Game Format and Simrik FC’s Route to Final

The “9 ‘A’ side matches” played under the ‘league cum knockout format’ was participated by the 12 football teams which have been remarkably promoting footballing activities in Brisbane for a long time. The teams were divided in three groups, 4 each in group A, B and C. From the qualifications phase 8 best teams advanced to the knockout stage. In the first match in the group stage, Simrik FC played a draw against Sunshine Coast FC. In the second match It beat Danphe FC 2-0 and in the third match, it won over Rato ra Chandra Surya Club 3-0. In the quarter final match, it defeated BNFC 1-0 and the semi-final contested by Simrik FC and Gold Coast Nepalese Football Club was decided by penalty shootout after the match was finished with 1–1 in the extra time too. Simrik FC won  5–4 in penalty shootouts. It won the title match 2-0 against Forever Young Football Club (FYFC).

The winning team Simrik FC was awarded with the winner’s trophy, medals, certificates, and prize money $ 3000, and the runner-up team was awarded with medals, certificates, and prize money $1000. The best player award was bagged by FYFC player Roshan. Simrik FC goalkeeper Shailendra Basnet won the best goalkeeper award. Golden glove is awarded to the goalkeeper with keeping the most clean sheets. The award-winning Basnet won it deservedly. He conceded only one goal in the tournament. Narendra Rawal also from Simrik FC was named the man of the match in the final.

This is the first tournament won by Simrik FC since its establishment in 2017. Recently, it has also won the premier title of the Queensland Football Q League (White) organized by Football Queensland.

Views of the Sport Personalities

Renowned veteran sportsman and prominent sports contributor the Oceania Nepalese Sports Meet (ONSM) patron Bishnu Hamal shared with Nepalese Australia, “We all associated with sports are thankful indeed to the admired organisers, valued stakeholders, volunteers, community members and all for putting such an inspiring and remarkable football tournament together. I am very pleased to know Simrik FC’s achievements in very short period. It feels great to know about formation of Kids’ Academy running under the community spirited Simrik FC Management. The dedicated coaches and volunteers deserve pat on their back for their unconditional support and purposeful works.”

He further said, “Congratulations to team Simrik FC on the recent success and thank you for dreaming big and achieving it on no time with team effort. You guys are incredible and terrific football contributors. Keep on promoting sporting causes and improving future opportunities for all concerned. Sunil Parajuli and his team members’ hard work has helped Simrik FC to reach new heights of success and potentials. We will remain proud to have a hard-working sport leader like you and all team members. Best wishes to you and Simrik FC in the days ahead for delivering consistent services in collaboration with other community organisations.”

Australian Nepalese Football Association (ANFA) President and reputed footballer Bijen Batajoo said, “I personally and on behalf of Australian Nepalese Football Association (ANFA), “I would like to congratulate to the winner Simrik FC, the runner-up FYFC and all individual awardees and thank the organiser Gurkha FC and all the participating teams and everyone involved in this great footballing campaign. It is absolutely heartening to learn that Nepalese communities are organising very inspiring and significant football tournaments at local level making even the teams outside our community. Recently, the football organisers in Tasmania and Queensland have organised the football tournaments reaching out the wider community. We have good reasons to believe that these tournaments will see sustainable development and consistently impressive performance in the future.”

He added, “ANFA would like to cooperate all organisers in our community across Australia for the overall progress and success of our football culture. Sunil Parajuli and team have made very positive contributions to promote our football activities and improve the standard. We are proud to show our support and solidarity in the best interest of our football culture and make collaborative efforts.” 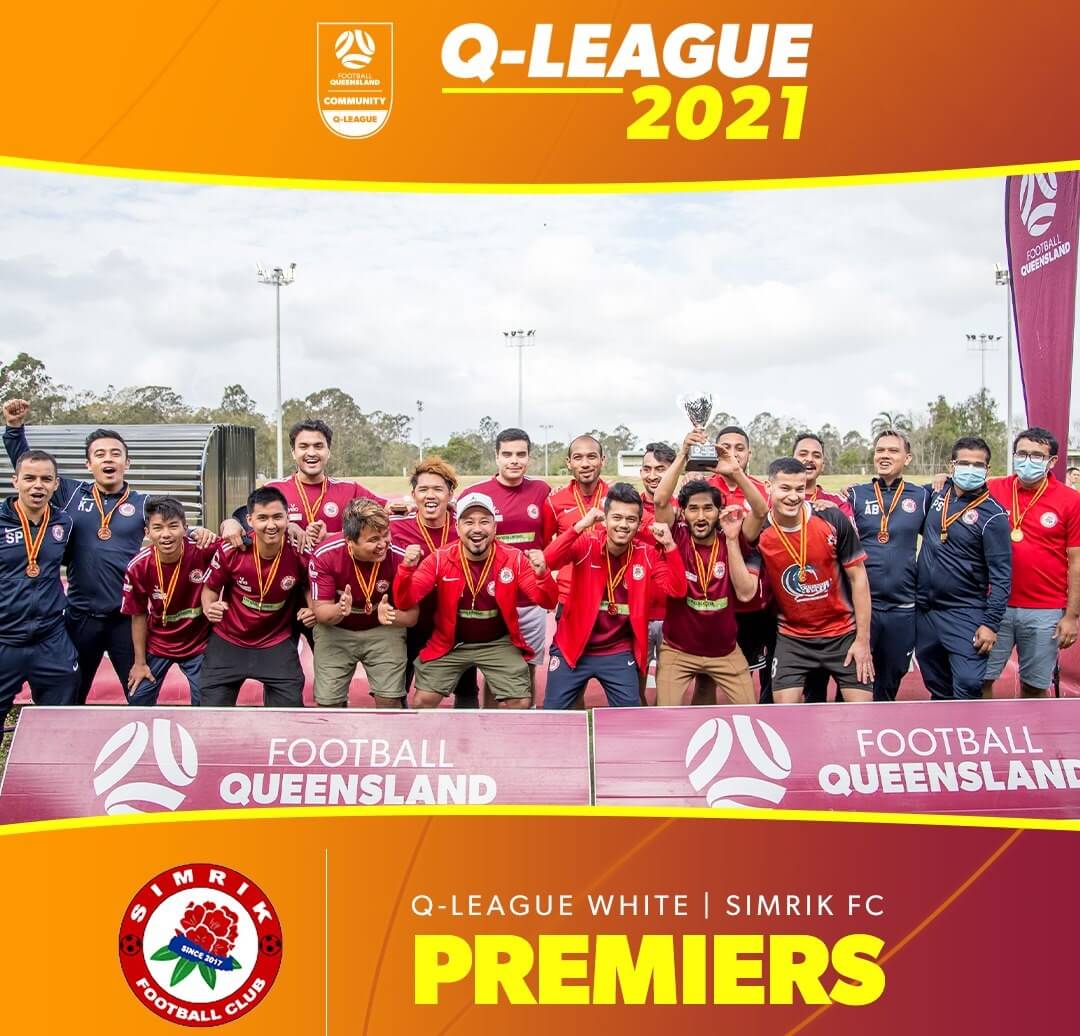 The well-known Simrik FC fire brand striker Sunil Parajuli who scored 4 goals for his team in the tournament said, “We all are honoured to be a part of the successful event. All equally competent teams tried their best to perform competitively with fair degree of professional qualities and superb display of sportsmanship. We are truly thankful to the organisers and the Queensland’s Nepalese community for the picture-perfect event marked by the far-reaching significance. We acknowledge our debt to our generous sponsors Land and Lease Realty Queensland, Queensford College and Mates International Education and Visa Services.”